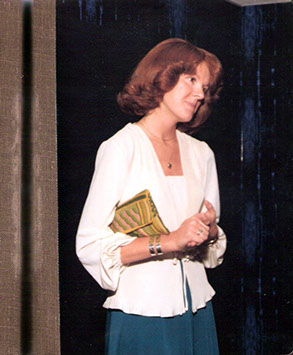 The light in JoAnn Ficke always shined bright for everybody to see. And it was much more than just her fiery red hair that you could spot across any room. JoAnn was so full of love that it burst from her like the Rocky Mountain sun on a crystal clear Colorado day. Her light was a gift to the world. A gift of love. JoAnn was so extraordinarily generous with her light, her gift of love, that she was forever true to one of her favorite sayings, “Love is shown in deeds.” Whether giving a smile and kind word, reaching out with a gentle touch on the wrist or just offering a friend her ears to listen, showing her love to those around her and always placing the needs of others in front of her own was simply who JoAnn was.

Born on June 13, 1948, JoAnn grew up in Roscoe, New York ("Trout Town, USA") in the Catskill Mountains. While working at AllState Insurance in White Plains, New York, she caught the eye of a gentle giant co-worker, Bill Ficke. "Big Bill" and JoAnn were married on September 15, 1973 and relocated to Denver in August of 1975. JoAnn grew up around the restaurant business as her mother's family owned and operated a restaurant for 100 years.

"She grew up in the restaurant business. That's why she thought I was crazy when I wanted to open one," Big Bill, owner of Big Bill's NY Pizza says.

On October 7, 1986, JoAnn and Big Bill welcomed their son Dan, who was always the apple of his mother's eye. JoAnn played a large role in Dan's education and spiritual growth.

Even when confronted with the news that cancer would cut her life tragically short, she never put her own needs ahead of anybody else’s, as was her nature. Not surprisingly, she was never concerned with the hard, painful road she had to travel. She was always more worried with how her illness would impact her beloved family, especially husband Bill and son Dan. All through her fight with cancer, no matter how much of a toll it was taking on her, her first priority was always sharing love, laughter and compassion with her family, friends, doctors and nurses and to first make sure that their day was a little brighter. It only seemed fitting that JoAnn went to be with the Lord on a day dedicated to love, Valentine's Day of 2007, at the age of 59.

Carrying on this amazing legacy of love and honoring her by helping others suffering with cancer is the mission of the JoAnn B. Ficke Cancer Foundation.

May her light shine forever. 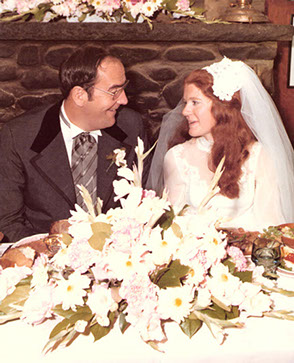 The JoAnn B. Ficke Cancer Foundation is a nonprofit organization as defined in section 501(c)3 of the IRS Code.